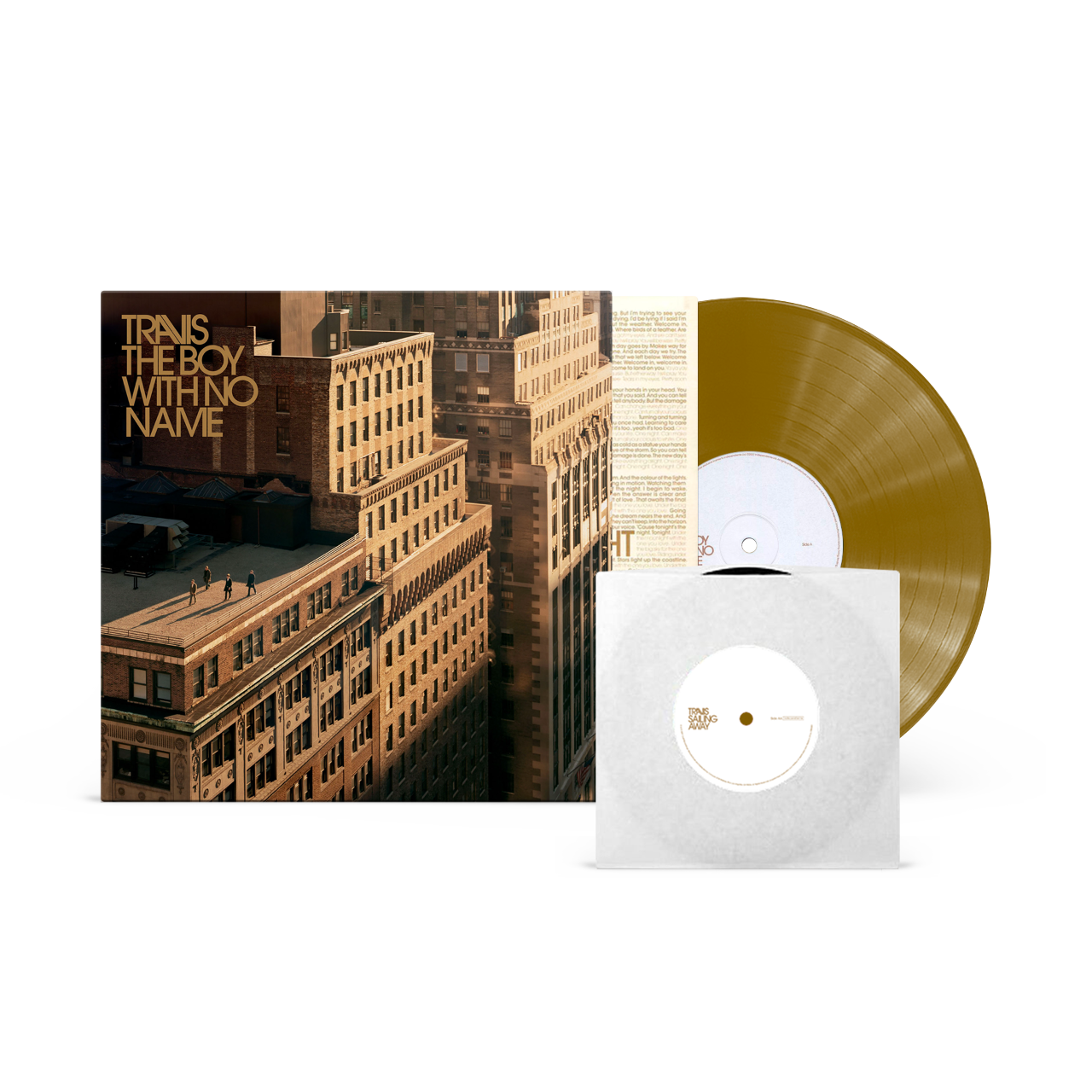 *product may differ to image displayed

In 2007, ten years after the release of their debut album Good Feeling, much had changed for Travis’ Fran Healy (vocals, guitar), Andy Dunlop (guitar), Dougie Payne (bass), and Neil Primrose (drums) – and yet, much remained the same. With Healy now a father (The Boy With No Name takes its title from a nickname briefly given to his son), his song-writing on The Boy With No Name turned to the world of relationships, with singles “Closer”(which marked the bands return to the Top 10 on the UK singles chart) and “My Eyes” focusing on his new-born son. Featuring production work from Nigel Godrich (Radiohead, Beck, Paul McCartney) and pioneering artist Brian Eno, the album was praised by the BBC as the band’s “most eclectic album to date,” and the work of a band who “can afford to take risks,” while receiving four stars from Q magazine.

“The Boy With No Name is a dense album,” Fran reflected. “Andy MacDonald, our A&R man fracked me hard, possibly a little too hard, for songs. As a result, there were many strong contenders for singles. ‘Battleships, ’‘Sailing Away,’ and ‘Big Chair ’are among some of which should have been released but never made it. As a result, it’s possibly our most eclectic album, packed with some of our most memorable songs.”