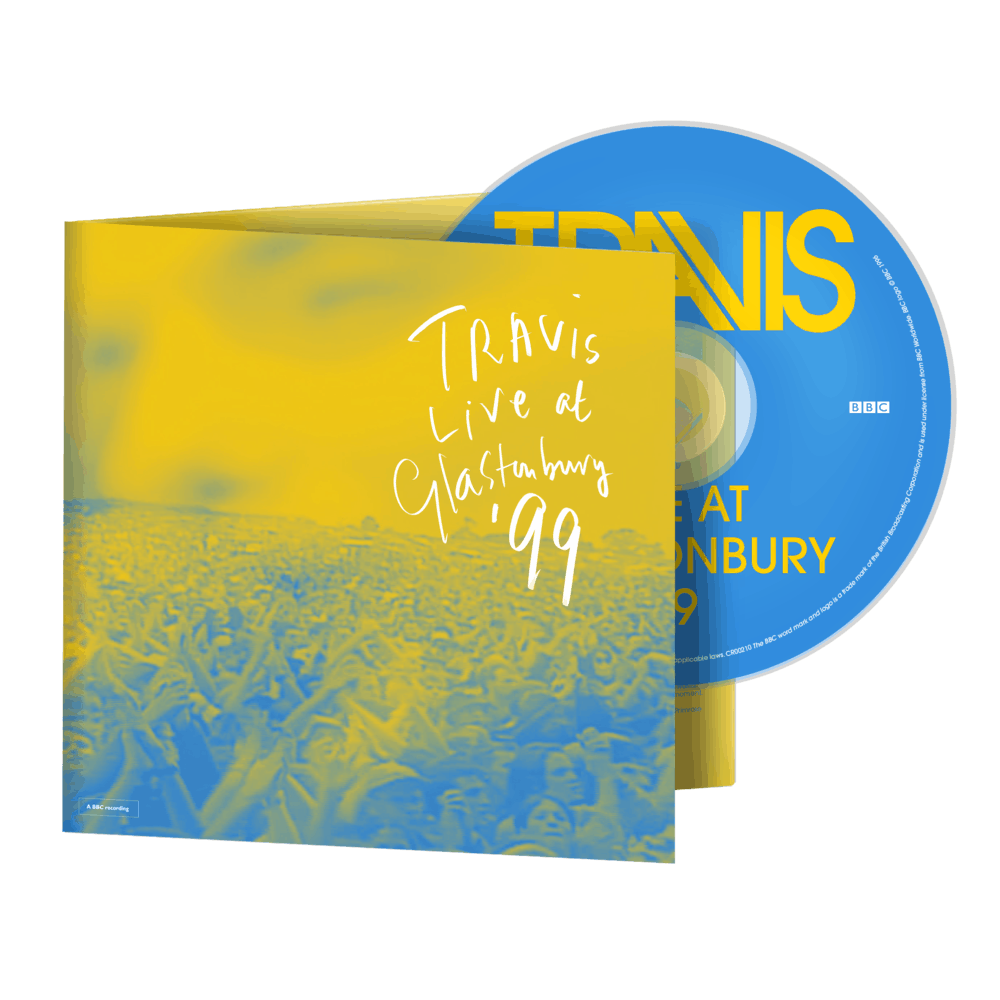 This release celebrates the 20th anniversary of a pivotal performance and career-defining year for Travis. In June of 1999, with Travis’ sophomore album The Man Who having only been in the record shops for a month, Travis played the Other Stage at the Glastonbury Festival.

It had been glorious weather, but, as they played their soon-to-be-released single “Why Does It Always Rain on Me?,” the heavens opened. The soggy crowd went wild, and the performance went down as one of the all-time great shows in the festival’s 50-year history. By the time “Why Does It Always Rain on Me?” was released as a single five weeks later, Travis and The Man Who were on the precipice of international stardom, and would go on to headline Glastonbury a year later.